Are Mosquito Repellents With DEET Safe for Babies?

Is DEET safe for babies? We’re getting to the bottom of this question many mamas have always wondered!

What is DEET?
Is it the same as DDT?
What are the dangers of DEET?
How to prevent mosquito bites safely?
What are safe alternatives to DEET?

Skip ahead to any section you find the most interesting!

Isn’t it annoying when you see your child’s arms or legs riddled with mosquito bites? And when that happens, we mamas are left to do the next best thing. That is to apply a generous amount of mosquito repellent lotions to keep mosquitoes away. But wait, are anti-mosquito lotions and creams with DEET safe for babies?

DEET, which stands for diethyltoluamide, is one thing that the majority knows simply because it can be found in many mosquito repellent products. However, no one really fully understands what it stands for and how it works.

The National Pesticide Information Center (NPCI) describes DEET as an insect repellent used to “prevent bites from insects such as mosquitoes, biting flies, fleas, and small flying insects.” The US Army developed DEET in 1946 to protect themselves when deployed in areas riddled with insects. Eleven years later, DEET has been used all over the US for the same purpose.

For many years, it has mystified scientists why DEET is effective at preventing mosquito bites. But it wasn’t until a few years ago that some scientists have uncovered the truth. Initially, it was believed that DEET works by deterring mosquitoes from landing on the skin.

However, recent studies suggest that DEET doesn’t keep mosquitoes from landing on the skin. Instead, it only works when mosquitoes get in contact with DEET through their legs.

Is it the same as DDT?

You may have also heard about DDT (dichloro-diphenyl-trichloroethane), but it’s not the same as DEET. The former is the first modern insecticide developed in the 1940s. It was used to fight insects that spread diseases like malaria (spread by mosquitoes) and typhus (spread by lice).

Although it was cheap and effective, it was banned in many countries, including the US, because it was an environmental contaminant and can trigger various diseases such as cancer, endocrine and immune system disorders, and more. So, is DEET safe for babies?

The Dangers of DEET

If the US army uses DEET, then why is it dangerous, you wonder? According to research published in The New England Journal of Medicine, most of the dangers in DEET come with long-term use.

1. It can trigger allergic reactions

According to the NPCI, some people who applied a DEET-based insect repellent for more extended periods “experienced irritation, redness, rash, and swelling.”

2. It can cause seizures in some cases

Although rare, there have also been cases of DEET-associated seizures. Some of them were even kids ranging from 17 months to 8 years. Research published in Human and Experimental Toxicology reports that children under 16 years who suffer brain damage can be caused by exposure to insect repellent containing DEET.

Although studies have shown mixed results, there is some evidence that DEET is carcinogenic, which can be harmful when inhaled or applied to the skin. For example, a study published in the Journal of Occupation and Environmental Medicine shows that exposure to DEET increases the likelihood of developing a group of cancers that develop in white blood cells.

How To Prevent Mosquito Bites Safely

Mosquito bites are annoying. But it’s even more dangerous for babies! The Centers for Disease Control and Prevention highlight that children can experience more severe reactions to a simple mosquito bite. 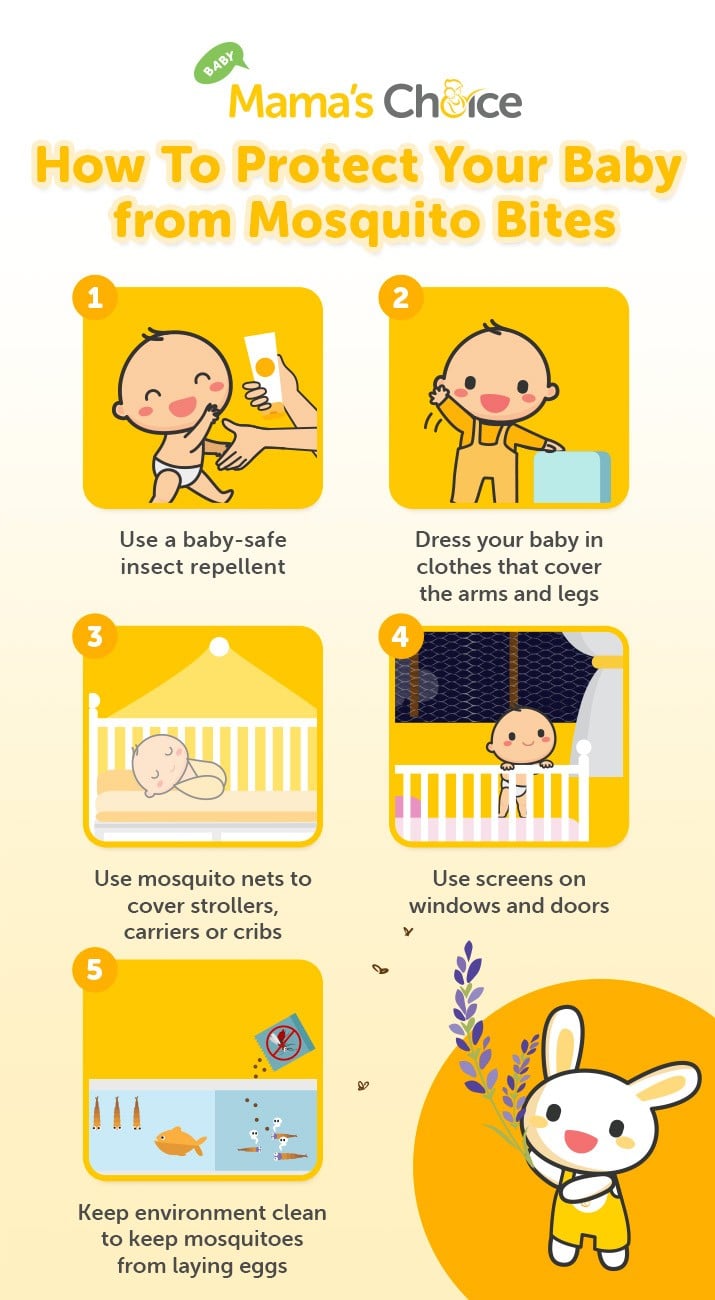 Here are several ways you can protect your child from mosquito bites:

While adults can practice restraint when the mosquito bite starts to itch, young kids won’t keep themselves from scratching the bite. As such, they’re more prone to develop an infection.

But perhaps the most significant danger of a mosquito bite is the possibility of contracting dengue viruses. According to the CDC, Dengue is common in more than 100 countries around the world. In addition, 40% of the entire global population “live in areas with a risk of dengue,” the CDC reports.

Dengue can be dangerous. Here are Dengue signs and symptoms to look out for! 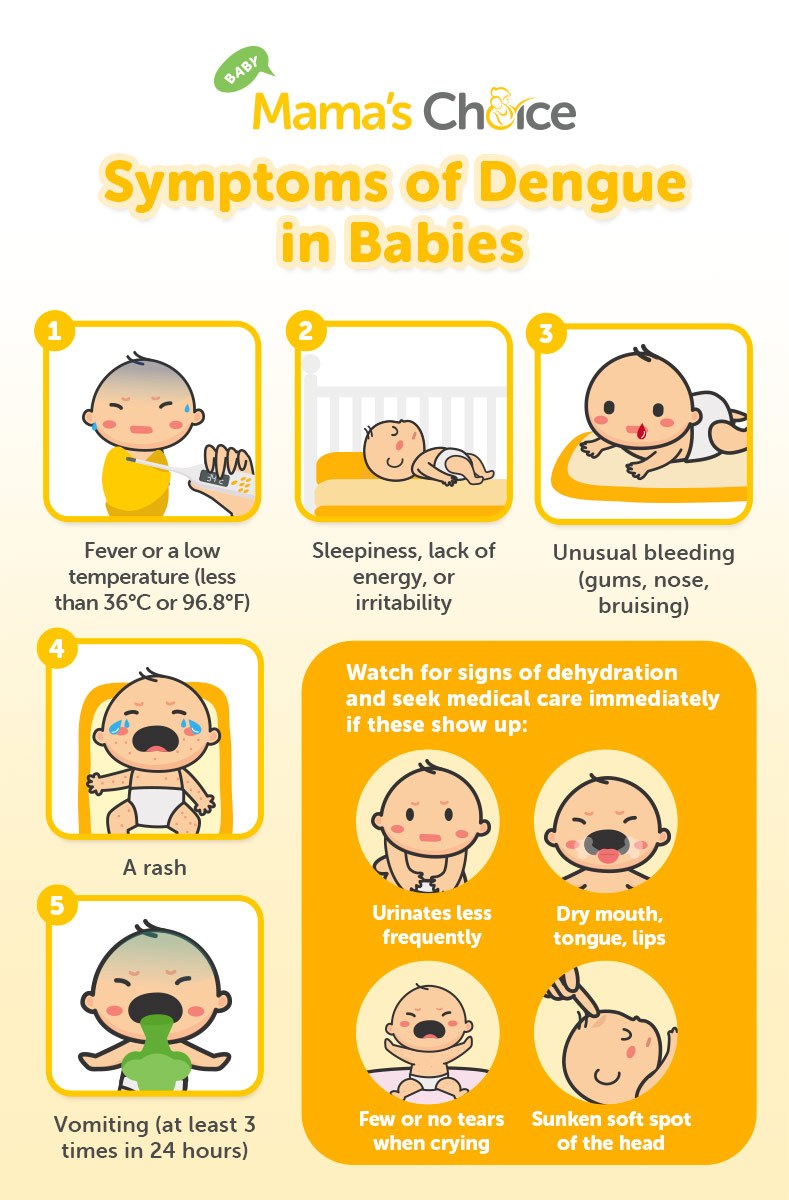 Safe Alternatives to DEET That Are Safe for Babies

For Mamas, knowing that you’re applying chemicals on your baby doesn’t feel right. Luckily, there are natural alternatives that are safer but just as effective. If you’re on the hunt for natural bug repellents, look for ones that contain citronella. It’s a naturally occuring oil that repels insects. But do note that since it’s all-natural, it needs to be reapplied more often. 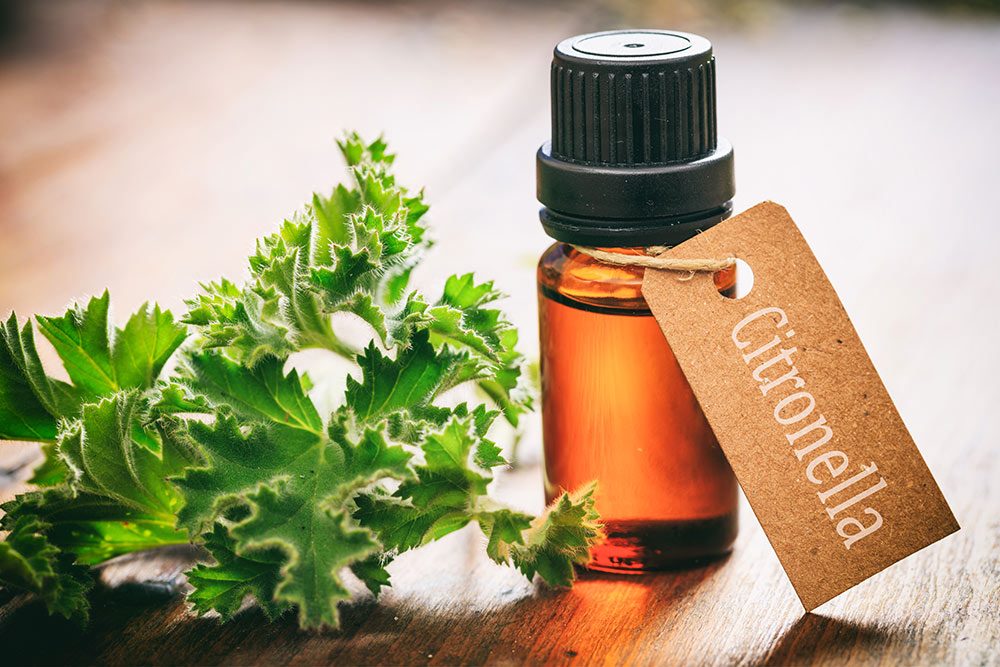 According to a study on plant-based insect repellents, citronella is as effective as DEET with the correct formulation. However, since it’s all-natural, it can protect from mosquito bites for up to two hours! For a natural oil, that’s amazing! And since it’s natural, reapplying isn’t harmful to the environment or your baby’s skin.

While the hidden dangers of DEET insect repellents can be worrying, it doesn’t mean there are no other options for us, Mamas. From sprays to lotions, look out for the ingredients in the mosquito repellent you choose, avoiding those with DEET or DDT, and going for natural-based products that contain citronella!

Did you find this article helpful? Then, click the share button and help a fellow mama make the right choice in her journey!

The Mama's Choice PH team is composed of three Mamas who are dedicated to spoiling their little ones with lots of cuddles, playtime and the occasional sweets, of course. <3

Your cart is empty.

Sign up now to get started on making the right decisions for you and your baby. It’s free!